Yiddish Theater in America – An Overview 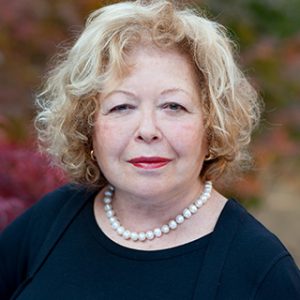 The American Yiddish theater world was dynamic and bursting with talent. Supported by a constantly growing Yiddish-speaking immigrant population—some 3 million Jews settled in America between 1881 and 1925—it produced great stars, famous playwrights, a cadre of supporting actors, throngs of devoted fans and an array of supporting institutions as well as the world’s first theatrical labor union. We will review the American Yiddish theater’s formative years, its performance style, and the intense bond between auditorium and stage. We will also pay attention to the creative interaction between the American Yiddish theater and Yiddish theaters in Eastern Europe, and to the inter-relation between the American and English-language stage in the United States. Finally, we’ll discuss the reasons for the Yiddish theater’s decline in the post-World War II years, and the ongoing creative conversation with its legacy held by contemporary Jewish dramatists like Paula Vogel and Tony Kushner.

Dr. Edna Nahshon is professor of Jewish Theater and Drama at The Jewish Theological Seminary and a senior fellow at Oxford University’s Centre for Hebrew and Jewish Studies.  Her work focuses on the intersection of Jewishness, theater, and performance, a topic on which she has published extensively. Most recently she curated the exhibition “New York’s Yiddish Theater: From the Bowery to Broadway” for the Museum of the City of New York (March 7-August 14,2016). The exhibition was accompanied by a book of the same title, edited by Dr. Nahshon, (Columbia University Press, 2016). It was recently the recipient of  the prestigious George Freedley Award Special Jury Prize for an exemplary work in the field of live theatre or performance. Dr. Nahshon is the author and editor of eight books. Her most recent, Wrestling with Shylock: Jewish Responses to “The Merchant of Venice” was published in April 2016 by Cambridge University Press.