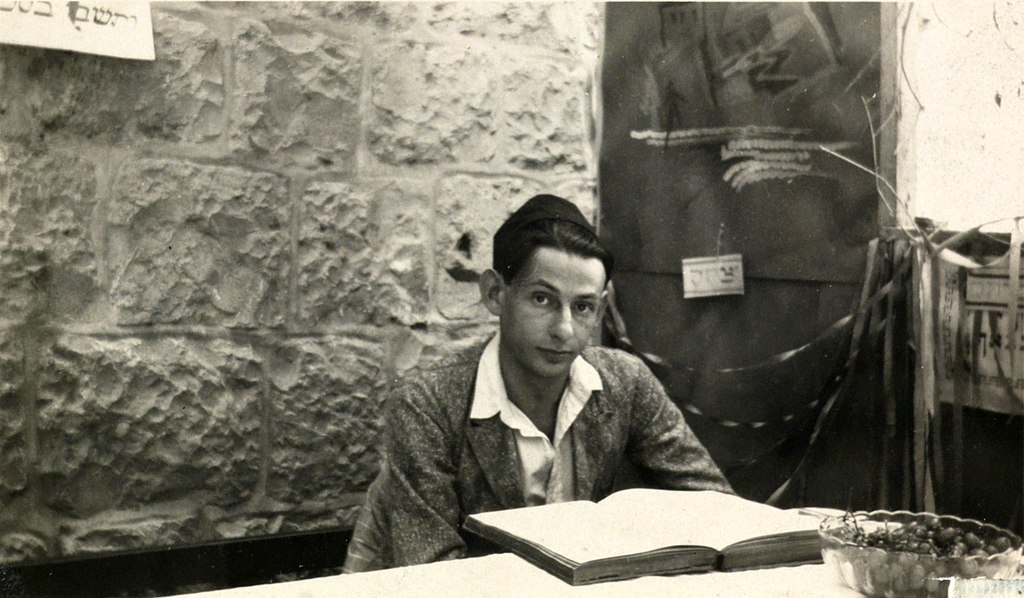 Gershom Scholem (December 5, 1897 – February 21, 1982), was a German-born Israeli philosopher and historian. He is widely regarded as the founder of the modern, academic study of Kabbalah. He was the first professor of Jewish Mysticism at Hebrew University of Jerusalem. His close friends included Walter Benjamin and Leo Strauss, and selected letters from his correspondence with those philosophers have been published.

Scholem is best known for his collection of lectures, Major Trends in Jewish Mysticism (1941) and for his biography Sabbatai Zevi, the Mystical Messiah (1957). His collected speeches and essays, published as On Kabbalah and its Symbolism (1965), helped to spread knowledge of Jewish mysticism among both Jews and non-Jews.
Gerhard (Gershom) Scholem was born in Berlin to Arthur Scholem and Betty Hirsch Scholem. His father was a printer. He studied Hebrew and Talmud with an Orthodox rabbi.

Scholem met Walter Benjamin in Munich in 1915, when the former was seventeen years old and the latter was twenty-three. They began a lifelong friendship that ended when Benjamin committed suicide in 1940 in the wake of Nazi persecution. Scholem dedicated his book Major Trends in Jewish Mysticism (Die jüdische Mystik in ihren Hauptströmungen), based on lectures 1938–1957, to Benjamin. In 1915 Scholem enrolled at the Frederick William University in Berlin (today, Humboldt University), where he studied mathematics, philosophy, and Hebrew. There he met Martin Buber, Shmuel Yosef Agnon, Hayim Nahman Bialik, Ahad Ha’am, and Zalman Shazar.

In Berlin, Scholem befriended Leo Strauss and corresponded with him throughout his life. He studied mathematical logic at the University of Jena under Gottlob Frege. He was in Bern in 1918 with Benjamin when he met Elsa (Escha) Burchhard, who became his first wife. Scholem returned to Germany in 1919, where he received a degree in semitic languages at the Ludwig Maximilian University of Munich. Together with Benjamin he established a fictitious school – the University of Muri.

Drawn to Zionism and influenced by Buber, he immigrated in 1923 to the British Mandate of Palestine. He became a librarian, and eventually head of the Department of Hebrew and Judaica at the National Library. Scholem’s brother Werner was a member of the ultra-left “Fischer-Maslow Group” and the youngest ever member of the Reichstag, representing the Communist Party (KPD) in the German parliament. He was expelled from the party and later murdered by the Nazis during the Third Reich. Gershom Scholem, unlike his brother, was vehemently opposed to both Communism and Marxism. In 1936, he married his second wife, Fania Freud.

Scholem died in Jerusalem, where he is buried next to his wife in the Sanhedria Cemetery. Jürgen Habermas delivered the eulogy.
He became a lecturer at the Hebrew University of Jerusalem. Scholem taught the Kabbalah and mysticism from a scientific point of view and became the first professor of Jewish mysticism at the university in 1933, working in this post until his retirement in 1965, when he became an emeritus professor.

Card catalogue which Gershom Scholem used to write his notes

Gershom Scholem house, Abarbanel st. 28, Jerusalem
Scholem directly contrasted his historiographical approach on the study of Jewish mysticism with the approach of the 19th-century school of the Wissenschaft des Judentums (“Science of Judaism”), which sought to submit the study of Judaism to the discipline of subjects such as history, philology, and philosophy. According to Jeremy Adler, Scholem’s thinking was “both recognizably Jewish and deeply German,” and “changed the course of twentieth-century European thought.”

Jewish mysticism was seen as Judaism’s weakest scholarly link. Scholem told the story of his early research when he was directed to a prominent rabbi who was an expert on Kabbalah. Seeing the rabbi’s many books on the subject, Scholem asked about them, only to be told: “This trash? Why would I waste my time reading nonsense like this?” (Robinson 2000, p. 396)

The analysis of Judaism carried out by the Wissenschaft school was flawed in two ways, according to Scholem: It studied Judaism as a dead object rather than as a living organism; and it did not consider the proper foundations of Judaism, the non-rational force that, in Scholem’s view, made the religion a living thing.

In Scholem’s opinion, the mythical and mystical components were at least as important as the rational ones, and he thought that they, rather than the minutiae of Halakha, were the truly living core of Judaism. In particular, he disagreed with what he considered to be Martin Buber’s personalization of Kabbalistic concepts as well as what he argued was an inadequate approach to Jewish history, Hebrew language, and the land of Israel.

In the Weltanschauung of Scholem, the research of Jewish mysticism could not be separated from its historical context. Starting from something similar to the Gegengeschichte of Friedrich Nietzsche he ended up including less normative aspects of Judaism in the public history.

Specifically, Scholem thought that Jewish history could be divided into three periods:

During the Biblical period, monotheism battles myth, without completely defeating it.
During the Talmudic period, some of the institutions—for example, the notion of the magical power of the accomplishment of the Sacraments—are removed in favour of the purer concept of the divine transcendence.
During the medieval period, the impossibility of reconciling the abstract concept of God of Greek philosophy with the personal God of the Bible, led Jewish thinkers, such as Maimonides, to try to eliminate the remaining myths and to modify the figure of the living God. After this time, mysticism, as an effort to find again the essence of the God of their fathers, became more widespread.
The notion of the three periods, with its interactions between rational and irrational elements in Judaism, led Scholem to put forward some controversial arguments. He thought that the 17th century messianic movement, known as Sabbatianism, was developed from the Lurianic Kabbalah. In order to neutralize Sabbatianism, Hasidism had emerged as a Hegelian synthesis. Many of those who joined the Hasidic movement, because they had seen in it an Orthodox congregation, considered it scandalous that their community should be associated with a heretical movement.

In the same way, Scholem produced the hypothesis that the source of the 13th century Kabbalah was a Jewish gnosticism that preceded Christian gnosticism.

The historiographical approach of Scholem also involved a linguistic theory. In contrast to Buber, Scholem believed in the power of the language to invoke supernatural phenomena. In contrast to Walter Benjamin, he put the Hebrew language in a privileged position with respect to other languages, as the only language capable of revealing the divine truth. Scholem considered the Kabbalists as interpreters of a pre-existent linguistic revelation.

All stories by: Wikipedia